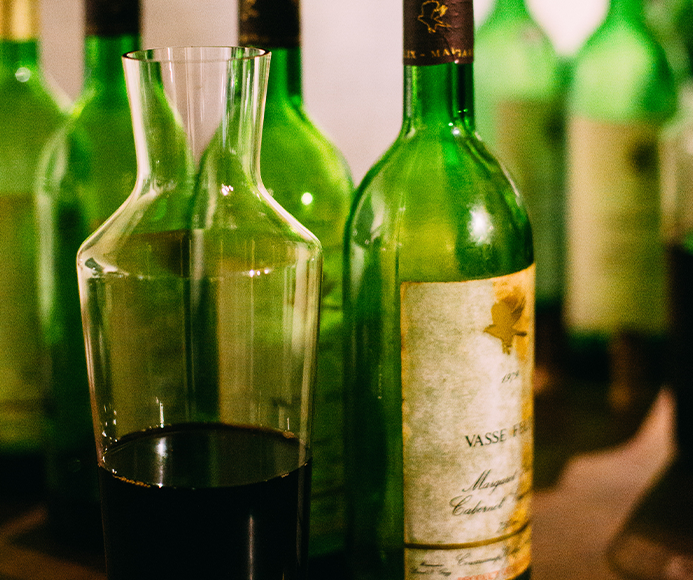 “The interesting thing about discussing a winery’s best five Cabernets is the way some, at least, are intertwined with its history. So it is with Vasse Felix."

When I first came to planning this article, I would not have expected such a concentration of favourites from the most recent decade.

I struggled, too, wanting to avoid the suggestion that the even years are necessarily better than the odd years and ended up slipping the 2015 in at the expense of the 2014. Such was the fine line between them.

For me, the golden age of Vasse Felix Cabernets is the current decade. There is the power and concentration of Wilyabrup fruit, refined winemaking and seamless wines. Don’t mention the price.

THE ONE THAT NEVER WAS
The ﬁrst vintage of Vasse Felix Cabernet would have been the 1971 which met a spectacular end. The fruit leftover from an attack by native silver eye birds was busy fermenting in an 18 gallon metal beer keg with pipes allowing the gas (from fermentation) to escape with a signature ‘tick, tick, tick…’. It was housed in the shed which doubled as sleeping quarters and so when Tom Cullity woke very early one Sunday morning and couldn’t hear the sound of gas escaping, he maneuvered the keg outside and explored with hammer and chisel. The explosion was loud, the vivid pink liquid soaked the unharmed winemaker and adorned the walls of the shed. A grape pip had got stuck in one of the pipes.

1979
This is the ﬁrst of my top ﬁve Vasse Felix Cabernets: and the ﬁrst that I purchased. For me, this was the star of a very good Margaret River vintage with both Moss Wood and Cullen Wines providing other highlights. While I don’t have tasting notes, I remember its power and ﬁnesse and enjoyed its soft, velvety characters and depth of ﬂavour with age.

It was featured at the New York Wine Trade Fair and, in the tasting there, rated second to the outstanding Napa producer, Stag’s Leap. At the time, The Washington Post’s James Conway saw it in a blind tasting with superstars from Bordeaux and the Napa and admired the ‘inexpensive, attractive Margaret River Cabernet’.

1985
When David and Anne Gregg brought Vasse Felix from Tom Cullity in 1984, they quickly realised that they would
only survive if the winery got considerably bigger. David was sourcing some outstanding fruit from Al Gillespie and grabbed the opportunity to buy 80 tonnes of Cabernet from Leeuwin to contribute to the 1985 Vasse Felix. The stars aligned and David clinched the sweetest deal with Woodside who had just agreed to the North-West Shelf joint venture. They wanted the entire production of Cabernet to celebrate the ﬁrst delivery of LNG to Japan in 1989.

Unbeknown to the team at the winery, their English distributors had entered the wine in the awards at the 1987 World Trade Fair. It won the trophy as Best Red Wine. The only problem was that there was none of the wine available in Australia.

When the Holmes à Court family bought the Estate from the Greggs later that year, Robert Holmes à Court wanted to buy some of the winery’s most famous drop. He approached Woodside who refused to sell any to him.

While spending some time in Toronto with a close pal a year or so later, I visited the city’s prime retail wine store. Imagine my surprise when I saw that they were selling the 1985 Vasse Felix Cabernet Sauvignon. I snapped up a case and a collection of half bottles and brought them back to Perth with me.

Ray Jordan and I shared one of those halves with owner, Paul Holmes à Court, and winemaker, Virginia Willcock to celebrate the completion of our Margaret River history, The Way it Was, and the release of the ﬁrst vintage (2013) of Vasse Felix TOM CULLITY Cabernet Sauvignon Malbec. Amazingly, the half bottle was in superb condition 30 years on: powerfully concentrated with deep blackcurrant fruit, velvety smooth texture and wonderfully alive. Talk about the stars aligning.

2015
There’s a restraint here: wild blackberry aromatics. It is medium rather than full-bodied yet with substance; smooth with an almost creamy texture; quite ﬁne with underlying power and silky tannins on a ﬁnish of considerable length.

2016
Here is gentle power, ﬁnesse and dense yet pure blackcurrant and bramble ﬂavours, ﬂeshy texture, before an attractive ﬁnish that lingers.

2018
The epitome of the Vasse Felix style: a seamless Cabernet highlighting vibrant cassis, redcurrant and dark cherry ﬂavours; plush texture and endless length. Seductive now but with a future. 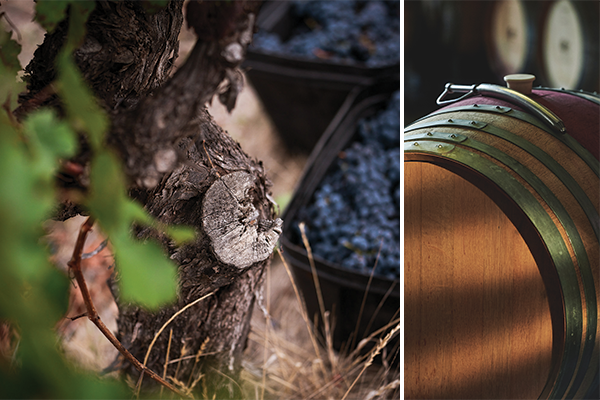