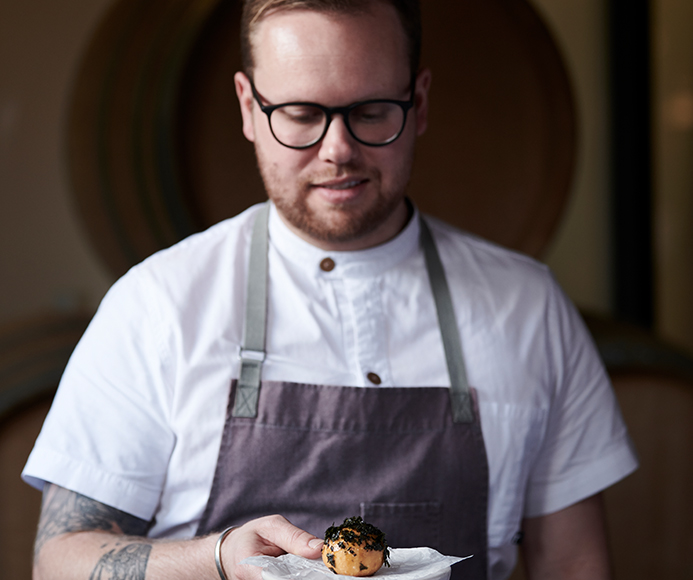 October has seen a flurry of accolades for both the Vasse Felix Restaurant and Head Chef Brendan Pratt.

Most recently, the Vasse Felix Restaurant was listed Number 2 in the WA category of Delicious Magazine's Top 100 Restaurants; "Chef Brendan Pratt, who took the reins two years ago, shows his handle on the region and the state's best produce."

The Restaurant was also a Top 10 Finalist in the West Australian Good Food Guide Awards Restaurant of the Year, listed at Number 9! It was fantastic to see that five of the Top 10 were regional WA restaurant, four of which were from the Margaret River Region.

Head Chef Brendan Pratt has just been included in Rob Broadfield's Top 25 Best and Most Influential Chefs in WA; "Brendan Pratt has seamlessly carried on where [Aaron] Carr left off and is delivering dishes of equal, if not better, beauty and elegance. Pratt is a chef auteur with just a touch of mad scientist in him. His food continues the Vasse Felix style of clean, austere plates that are mildly Japanese in flavour and technique... Like a good haiku, Pratt’s food is sublimely simple, has purity of flavour, complexity, punch and elegance."

Last but certainly not least, the Vasse Felix Restaurant received a Chef Hat (15/20) in the recent Australian Good Food Guide Awards; "Everything from the hexagonal dining room that maximises views over vines to chef Brendan Pratt's fire-tickled, local-ingredient-loving menu is built to highlight the winery's stars: cabernet sauvignon and chardonnays."